<<<In the name of Mr Tahir Minhaji/Jhangvi (The foundar of deen-e-minhaji i.e. the upgraded version of deen-e-ilahi of akbar badshah) by the jews and Chriastians for minhajians to misguide Muslim Ummah>>>

<<<Facts behind Fatwa against terrorism>>>

Early life
Hayward was born on 27 May 1964 in Christ church, New Zealand to John and Lorraine Hayward and given the name Stuart Andrew Hayward.[5] In 1986, he married Kathleen Michie at St. Kentigerns Presbyterian Church in the Christchurch suburb of New Brighton.[5] In 1989, Hayward changed his first name to Joel, following what he would later explain was a “choice to go through life with a first name that has deep spiritual significance for me.”[5]
Hayward developed an interest in Jewish history and the Hebrew language as a result of his maternal grandmother’s Jewishness. He gained a strong reading ability in Hebrew and made trips toIsrael and was a member of a national organization with both Jewish and Christian membership, The New Zealand Friends of Israel, Inc.[6]
http://en.wikipedia.org/wiki/Joel_Hayward
http://www.joelhayward.org/
And Dr Tahirul Jhangvi has appointed him as his advisor so that he can help him when he will be in Pakistan for Revolution after December onwards as he already has ordered to Minhajians for revolution like Syria & Libea where lakhs of Muslims has been killed by muslims & Nato Forces.
Dr Tahir appoint a jew as advisor, http://www.minhaj.org/english/tid/13606/Shaykh-ul-Islam-appoints-Dr-Joel-Hayward-as-his-Strategic-Policy-Adviser.html

(Mr tahirul jhangvi & Sons incorporated, a muk muka of Mr Tahirul Jhangvi & family says that this man is muslim. how can we believe??? Just go trough the history of islam and you will find that it is a just trick to keep muslims in dark by using immotions of innocent muslims)

Prof John Esposito: Early life
Esposito was born in Brooklyn, New York City in 19 May 1940. He was raised a Roman Catholic in an Italian neighborhood in Brooklyn, and spent a decade in a Catholicmonastery. After taking his first degree he worked as a management consultant and high-school teacher.[citation needed] He then studied and received a masters in theology at St. John’s University. He earned a PhD at Temple University, Pennsylvania in 1974, studying Islam and held postdoctoral appointments at Harvard and Oxford.
http://en.wikipedia.org/wiki/John_Esposito
http://explore.georgetown.edu/people/jle2/
Now see the cover page of the Book written by these two Orientalist (enemy of islam)
……………………………..
And read atleast 30 pages of the book. You will recognize the fact that this book totally explaining a different image of muslims and Dr Tahirul Jhangvi has accepted that muslims are responsible for terrorism, he diddnt accepted the heinous crime of USA and nato forces on muslims and on muslims countries, he even blamed Japan for the Nuclear Bomb dropped on Japan’s heroshima & Nagasaki.
These people nowhere mentioned the brutality of Israel on Palistinians and by Indian army in Kashmir.
(Please remember later Dr Tahirul jhangvi issued a fatwa stating that fighting against nato forces is haram for muslims no matter how much brutalily they commit against Muslims),

Please go to his wikipedia link there you will find a heading about Fatawa on terrorism, by reading this section it is very clear that this fatwa was issued to apease yahood o Nassara and to weeken Muslims who are fighting with nato Forces in Muslims Countries.

Proof from His Wikipedia Page….
::::::::::::::::The US Congress funded think-tank United States Institute of Peace hosted Qadri in November 2010 to speak about his struggle against radicalism in Islam in light of his Fatwa on Terrorism.:::::::::::

Now if any sane person have knowledge about the Think tank’s work than he/she can easily get the sense of this Fotawa. Why and for whom this fotawa was issued? Obviously for dollars and to weeken Muslims who are fighting against nato forces in muslim countries.
Some Question to the Minhajians followers of newly formed Sect called Deen-e-Minhaji (Upgraded version of Deen-e-ilahi of Akbar Badshah)
1. why US Funded Think tank hosted this event?
2. Does Dr Tahir Jhangvi need any recognition?
3. lakhs of Muslims are wathing him on TV than why not a simple fatwa on TV as all other scholors did?
4. Why special event for CIA & FBI?
5. what he want to prove?
6. why he didnt forwarded this Fatwa to Cruel taliban

…………………..
Even an Illitrate Muslim know that it is haram to sucide or to kill innocent.
Than why this drama is being done by Dr Tahir Jhangvi in the name of islam.
Dear brothers & sisters in islam try to understand the conspiracy going on againt islam from within by such greedy scholars to destroy the unity of ahle sunnat wal jamat. And be with true scholors who are strictly following shariyat-e-muhammadi to keep us intact from such conspiracy. 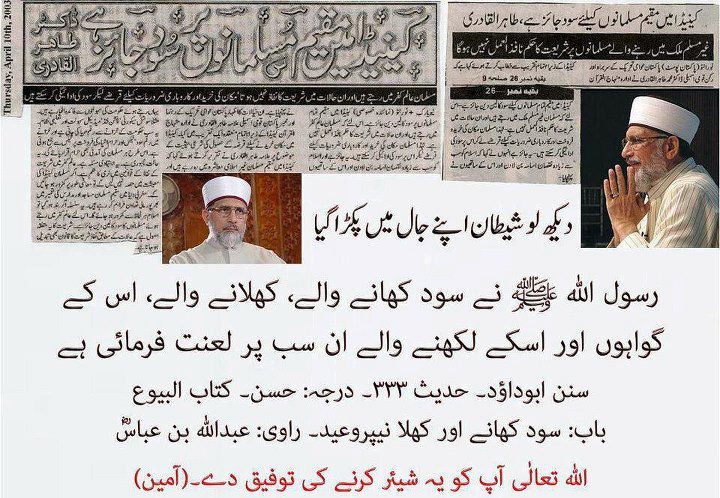 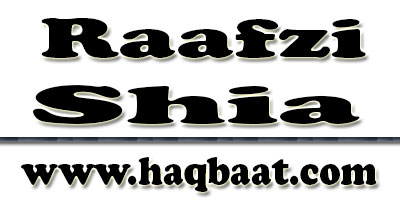 DIFFERENT FACES OF MR TAHIR JHANGVI ACCORDING TO SITUATION AND AUDIENCE